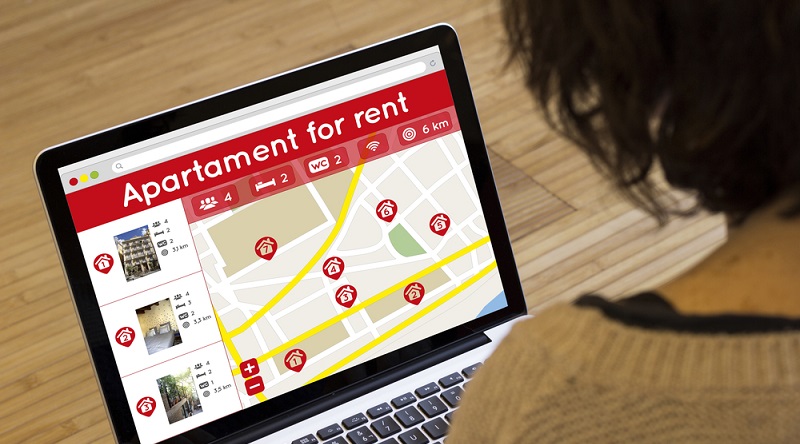 Trying to find the best Halifax neighbourhoods for affordable student rooms and apartment rentals? If you’re not familiar with Halifax, this short primer will introduce you to top areas where students live in Halifax.

Every year, Canadian and international students move to Halifax to attend universities, colleges, and institutes, as well as English and French language training programs. Students who are new to the city can struggle to find furnished or unfurnished student rentals in good locations, whether for short-term or long-term leasing. If you’re a student coming from away, knowing where to live and securing a lease before arriving in Halifax can be a big challenge if you don’t know which neighbourhood is a good fit for you. 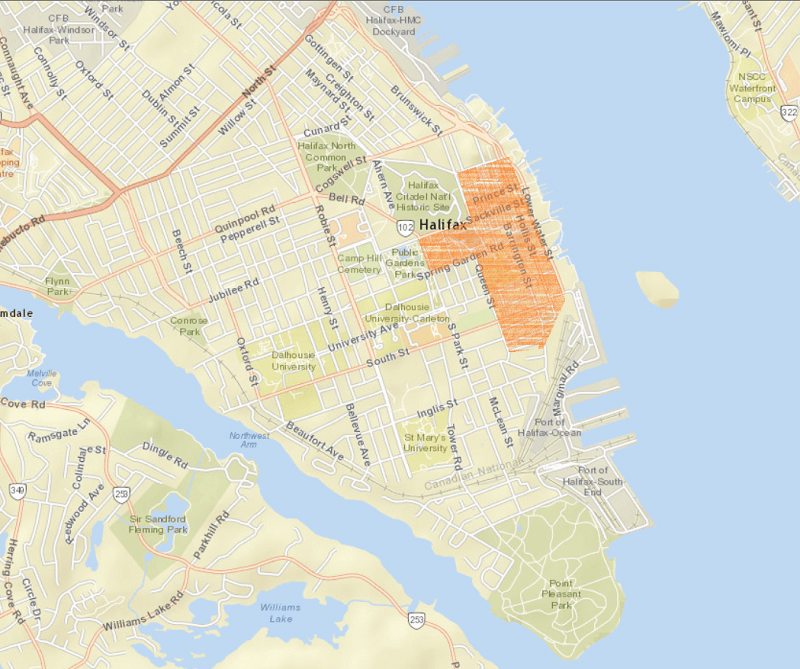 Downtown Halifax runs between Cogswell and Morris Street down to the waterfront and is one of the busiest, most exciting neighbourhoods in the city. With universities, restaurants, malls, supermarkets, cinemas, museums and other attractions within walking distance, it is a good choice if you want to be near the action. You will also live near many of Halifax’s universities, such as Saint Mary’s University, Dalhousie University and NSCAD University. Several language training schools are located in the downtown area, so you can find apartments and rooms near the East Coast School of Languages (ECSL), International Language Institute (ILI), Canadian Language Learning College (CLLC), and other schools.

Downtown Halifax’s streets and coffee shops are busy with students and professionals who work in downtown’s various businesses and office buildings. There are several bus stops and a ferry terminal within the downtown core that can take you wherever you need to go. If you’re a busy person who wants to experience the best of Halifax, downtown is for you. The cost of renting rooms or apartments in downtown Halifax tends to be higher than other areas in Halifax. 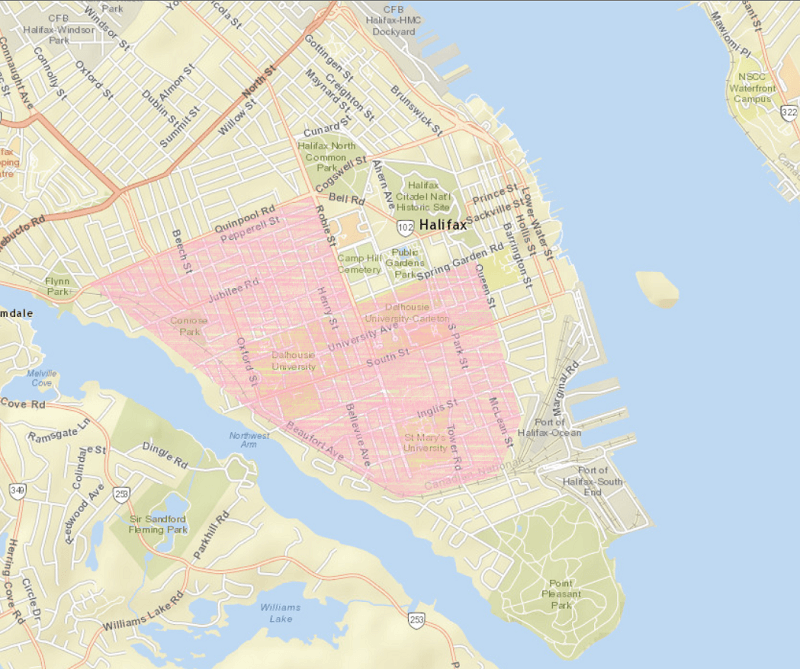 The South End is an area adjacent to downtown and runs from the edge of Point Pleasant Park up until Quinpool Road and Cogswell Street. This area is popular among students, with more residential areas and fewer businesses and office buildings than downtown Halifax. Many homeowners in this neighbourhood have converted their homes into multi bedroom apartments that students share. However, the concentration of students can sometimes mean lower standards of living and lower quality rooms or apartments, although some areas in the South End boast very high-end homes. Make sure to inspect your rental or, if you’re inquiring from away, ask for many photos before signing a lease agreement.

Students like living in the South End because of the proximity to some of the city’s largest universities and the slightly lower rent costs compared to downtown Halifax. There are multiple bus stops that can take you directly to nearby universities or you can easily walk in most cases. If you’re lucky, you can find a student rental near Dalhousie or Saint Mary’s university that would allow you to roll out of bed and be in class in less than 20 minutes without waiting for a bus. 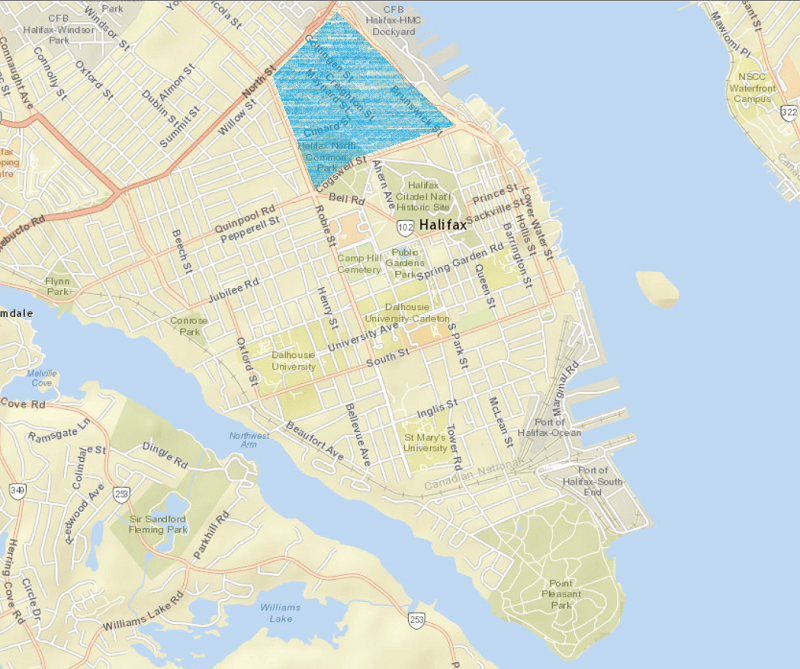 On the other side of Downtown Halifax is the North End. Recent gentrification in the area has turned it into Halifax’s most up and coming neighbourhoods. It starts on the north side of Quinpool Road, ends below Windsor Street to Africville Park. There are many trendy new restaurants, coffee shops and breweries that make it an exciting place to live. Student rentals in this area are generally lower than Downtown or the South End, but there is limited availability of good quality accommodations as many houses and apartments are older and less meticulously maintained.

The main downside of this area is its less ideal location. Most schools will be a longer walk or bus ride away, and there are higher safety concerns in certain pockets. Despite that, many students can find good affordable rooms in the North End area, it just takes a bit more searching.

These three neighbourhoods offer the best student rentals for Canadian, international and exchange students attending Saint Mary's University, Dalhousie, NSCAD or any language or training institute located in or near downtown Halifax. For students attending campuses outside the downtown area, such as Mount Saint Vincent University (MSVU) or the Nova Scotia Community College (NSCC), other neighbourhoods closer to those campuses may be a better fit. MSVU and NSCC students can still live in downtown Halifax and take advantage of being close to shopping and entertainment while having access to an extensive number of buses and ferries to reach their campuses.

Moving to a new city as a student is an exciting adventure, and living in the right neighbourhood can make a big difference in your Halifax experience. If you wish to live in downtown Halifax, Granville Hall is a boutique full-service student residence offering furnished student rooms in the heart of downtown. Students at Granville Hall can focus on their studies and enjoy their education experience in Halifax without worrying about cleaning, cooking, long term leases or bad roommates. For more information about student rooms at Granville Hall and the services we offer, please visit our Rooms and FAQ pages.